“On the Way to the Altar” 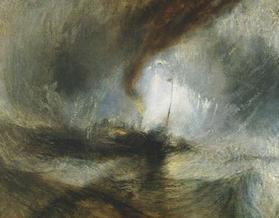 When my husband of twelve years and father of my daughter died from complications of lymphoma, I learned the profound implications of married love. I was amazed at the mysteries revealed by his death and grieved his early loss.

It took several years before I was ready to even consider another life partner. I knew now that intimacy ties us in unfathomable ways to another and was not to be entered into casually. When I found myself contemplating the possibility of partnership again, I knew it could only be with someone who, like me, wanted  a lifelong relationship.

Once I opened up with that intention in mind, I met dozens of men, but no one with whom I clicked enough or who lined up with my values. Then, six months into my renewed social life, I met “Rob” at a concert at our local Center for Spiritual Living, and things began to fall into place.

Rob seemed to be a psychologically attuned man, who was comfortable with the language of feelings. Being a psychologist myself, he attracted me with his insight and frankness about his issues and “wounds.” He also exuded a nurturing care, a sensitivity, and an intense interest in me and in building a lasting relationship. He was tall and attractive too, similar to my late husband.  All these things contributed to a budding sense that we might be meant to be life companions.

We started slowly while he was getting over a relationship, and I was still open to meeting other men. But once we decided to go forward together, Rob pursued me with intensity and ardor. He could not seem to get enough of me, was full of attention, love and affection, calls, emails, gifts and cards, and spent every spare minute at my place.

He introduced me to his family and friends, and was anxious to become “a couple” as quickly as possible, often referring to me as his partner before I was quite ready to take that step. I was afraid he was idolizing me, but it was only too easy for me eat that up.

After losing Dennis, I knew what was at risk, aware of the responsibility and the vulnerability involved in marrying our lives together.  During the eight months we were seeing each other before we became sexually involved, I often hesitated and trembled before the prospect of being with him. Deepening emotionally and sexually with him would be a step I would take only once I was sure I would stay with him.  And, he assured me; the same was true for him. 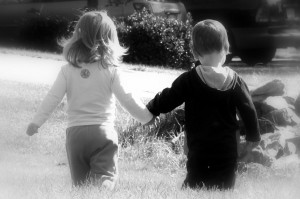 With my heart softened and opened by losing my husband, I was more capable of
giving and receiving love than I had ever been before. I took Rob in, and he made my heart sing.  He felt like a long-lost companion from childhood or before. My heart felt quickly that it had found its home.

My mind lagged, but was soon to follow. It continually amazed me.  The more I got to know him, the more Rob and I discovered we had in common. We were in sync on so many important matters—or so it seemed.

We built our lives around psychological and spiritual work—these pursuits were always so important to me, and here he was with a similar love of personal growth and the inner world. We both wanted a “conscious relationship”: a committed life partnership as a path for becoming more authentic and whole. Besides the physical chemistry and emotional resonance, these threads of commonality drew me strongly to him.

We treated psychological explorations almost like a hobby, a shared interest we enjoyed together, like others might play bridge or chess, ride horses, go to concerts or perfect photography. Our vacations were spent at relationship workshops and retreats.

We wrote up detailed agreements of our shared values and intentions and were committed to emotional honesty and transparency in our relation with one another. From nearly the beginning of our time together, we had regular “check-ins” and attended couples counseling sessions as a routine part of our lives.  And so, we blended our lives, and my trust in him grew.  We became family, he the surrogate father to my teenage daughter.

With my heart’s tenderness exposed by Dennis’s death, knowing I would be with Rob until one of us died stirred a new depth in me I had not known before. I allowed him into the most receptive, tender, and also the most wounded places in my psyche, places I had previously shared with no one.

From the start of what was to be our frequent and soulful sexual intimacy, Rob spent nearly every night at my home; but it was not until a year or so later that he officially moved in. Since we had spoken so often about how ours was a lifelong partnership, I assumed we would formally marry before he made that move.

But Rob demurred. He explained that he wanted to surprise me, “to wait for just the right, special moment” to propose. I admit I was taken aback and could not believe he wanted to propose.

I recall being quietly disappointed, but willing to do it his way if going through the old-fashioned motions was that important to him. By this time, I believed—and from our conversations, I thought Rob agreed—that we were married in the most important sense, having blended our energies and our lives together so intimately. Also, I reasoned that at this stage in life—we were both in our fifties at the time—the legalities did not matter all that much.

When Rob finally did propose we had been together nearly three years. By that time, I felt  even more married in the most profound way—truly intertwined with him body and soul—and did not see how a legal paper could add to or change that fact. Yet, eighteen months later, we finally agreed it was best to legally marry.

I expected we would go down to the courthouse and find a justice of the peace, but Rob insisted that we must have a “real wedding.” He wanted the ceremony witnessed by friends. Again, I protested. At this stage of life, after this much time together, did we really need a communal display of our commitment to each other?

But he was emphatic. His men’s group, in particular, was becoming such an important part of his life that any ceremony would not be meaningful without them.  With some reluctance, I finally gave in, thinking it would be important to my family, and it was clearly important to Rob. We would have a public ceremony that would include our circle of family and friends.

And that is how we found ourselves in the chaotic, archetypal vortex of “the engaged.” 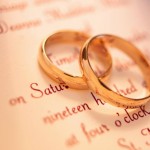 I always harbored a quiet terror and disdain for public displays of such private feelings. Even the thought of being the center of attention in such a clichéd yet intimate ritual made my heart pound and my stomach tighten.  To make matters worse, somehow our plans escalated until we were lost in hundreds of details of a big destination wedding set nine months out.

I fought against nervousness every step of the way. Expressing my love in public, even sending out a save-the-date note, made me so shaky and vulnerable that I was sometimes scarcely able to talk about it.  But, when Rob took the lead with many details—the photographer, musician, minister, cake tasting and menu selections, the invitations—it helped calm me down.

He bought me an antique engagement ring that I loved that also helped move me along. We charted a dinner cruise on San Francisco Bay, shopped for my dress, his suit and ring, drafted the ceremony, planned the logistics for out-of-town guests, and finally agreed on Kauai for a honeymoon. At every turn, I could not believe I was getting caught up in this whirlwind.

Despite my barely veiled panic, in fits and starts, as we lived our lives in the atmosphere of the engaged, I gradually warmed to the program. I found myself more and more swept up in these details of dress and rings, food and drink, place and time. I noticed how each step I took in making these plans deepened my love and my bond with Rob. Maybe that was why it was so scary.

When I did something as simple as buy a fancy pair of shoes, I was not just purchasing shoes; I was making a conscious statement of devotion to him, beyond what I knew was even possible. In spite of my former cynicism, I began to sense a connection to the ancient rite of marriage. I had to admit something bigger than life, something mythic and meaningful surrounding these preparations was drawing me in. Maybe Rob had been right, after all.

Making all the arrangements was opening my heart and deepening our connection into new realms of mystery and delight. Reaching out and inviting my family and closest friends to participate in such a profound private ritual made me vulnerable in soft, new ways.  As I recognized that we were being drawn into new realms of intimacy, both my tenderness and trepidation grew.

Our wedding had been set for mid-October.  In early September, Rob had a surprise for me. He walked in after work one day and dropped the bombshell.

—Excerpted from “Love and the Mystery of Betrayal“—Now Available

My Tweets
Other Resources