Archetypal Astrology and The Cosmic Connection

In the ten years that have passed since the original publication of this book, a number of people from the astrological research community expressed regret that I did not include a direct discussion of the significance of the astrological symbolism that corresponded with these imaginal episodes. Astrology had been my hobby and passion for more than thirty years. Rather than just alluding to “the realm of the archetypes,” why did I not make the cosmological connections explicit for others to contemplate? 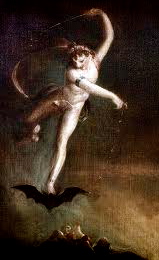 The imaginal breakthroughs detailed here began in 1989 and reached a peak of intensity in 1992. With the pressure of these experiences weighing on me, I had returned to an academic environment, and worked on writing up this study a few years later for my dissertation at The California Institute of Integral Studies. When I first discussed the material with my dissertation chairman, Richard Tarnas, cultural historian, and now well-known archetypal astrologer, he noted right away how the timing of the imagery coincided with powerful alignments of the outer planets, in particular the transiting Uranus/Neptune conjunction. At the time, despite the synchronicities, I thought it best not to include the astrological perspective in a subject already pushing the envelope of taboo in academic circles.

With this new edition, I want to go beyond that concern and offer this brief addendum, primarily for those who are familiar with the astrological archetypes. Those who have gone beyond the superficialities of popular astrology columns and taken the time to study the subject know that empirical correlations and synchronistic phenomena form the heart of astrology’s uncanny power to clarify, predict and understand both psychic and outer events. It is my hope that identifying the correspondences now will add to the body of empirical evidence that supports our growing understanding of the astrological lexicon.

The imaginal eruptions explored here offer an uncommon account of inner experiences that correlated with significant transits of all three of the outer planets: Uranus, Neptune and Pluto. A powerful Uranus/Neptune conjunction in Capricorn was occurring during the time-period when these images appeared, (exact: <1° 1992-1993; within 10° orb 1988-1996).

During this passage, these two planets were conjoining my natal 12th house Moon/ Ascendant conjunction (19°/22° Capricorn), a significant and sensitive personal psychological point. Pluto also figured in the archetypal mix of these years, both conjoining my Mid-heaven/ Jupiter conjunction from 1988-1993, and in and out of sextile to both the transiting Uranus/Neptune conjunction and my natal Moon.

The Influence of Outer Planets is Often Daimonic

“Daimon” is a Greek term for an emissary that carries messages between heaven and earth. In archetypal astrology, the outer planets are considered harbingers of higher awareness that correspond to, but do not cause, events and experiences in human, earthly realms. These “ambassadors of the galaxy” correlate with influences that often challenge our security, and our beliefs about ourselves and the world. Their influence is often daimonic. At first,however,they can appear disruptive, threatening, demonic, or evil, until we find a way to acknowledge the messages of the spirit world they convey.

Eventually, we realize their influence has been calling us to deepen into the unknown to expand the frontiers of consciousness Advice to love the unexpected, the difficult and the incomprehensible in life stems from the wisdom we gain going through and coming out the other side of these experiences of higher consciousness intruding into the trance of everyday life.

The insistent, compelling nature of the daimons, plus the taboo realms of primordial sex and aggression lying beneath our civilized veneer they reveal, reflect Pluto’s visceral magnetism. When we are able to bring to awareness these instinctual forces of sensuality, sex, purification and death, we are taken through transformational changes at the core of our being. The daimonic messengers in this study in their reverberation with the Plutonian archetype cry out with insistence for the incorporation of these long-repressed, elemental forces into our daylight world.

We Live in Apocalyptic Times

Many have suggested that we live in apocalyptic times, and are in the midst of a significant paradigm shift (Uranus) from separateness to connection, from head to heart, that will help save us from destroying ourselves and the ecosystem that sustains us. From the ideal of human beings as independent, autonomous forgers of our own destiny (Saturn) −− masters of the universe, free to use our power however we see fit −− we are beginning to recognize our dependence and embeddedness in the soul of a larger, invisible world of connectivity, the anima mundi (Neptune).

In his groundbreaking study of planetary archetypal patterns, Cosmos and Psyche, Tarnas entitles the chapter in which he discusses the interplay of the Neptune/Uranus principles, “Epochal Shifts of Cultural Vision.” Neptune/Uranus alignments are associated with alterations in the underlying vision of a culture, with changes in psychological understanding and inner sensibility, and with paradigm shifts. Neptune/Uranus alignments are also associated with the disorientation that comes with the rapid dissolution of our existing beliefs and structures of reality.

Embrace of the Daimon reflects one avenue through which Uranus/Neptune paradigm shifts occur with the help of Plutonian intensity. Through eruptions of the archetypal unconscious into individual awareness, the imaginal characters compel us to expand our hearts and minds to include their consciousness-raising message in our daylight world.

We need their dark gifts (Pluto) of mystery, power and connectivity to counter the imbalances that threaten our world. This dawning non-dual awareness of the participation mystique (Neptune) calls for a radical acceptance (Uranus) and transformation (Pluto) of all aspects of life, including the most painful, repulsive and reviled (Pluto). This emerging shift embraces a unitary consciousness that re-establishes our place in an enchanted cosmos. These daimons of the cosmos are knocking now at our door with great urgency, awaiting our embrace.