Love and the Mystery of Betrayal

Excerpt from Love and the Mystery of Betrayal 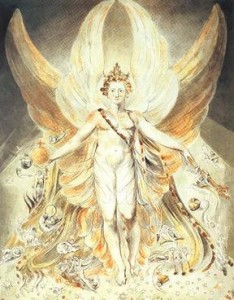 The Heart in the Wound

Be helpless and dumbfounded, unable to say yes or no.
Then a stretcher from grace will come to gather us up.
—Rumi

Traumatic shock jolts you into a gap between the worlds of spirit and matter. In this liminal land, we meet semi-spiritual, archetypal, or daimonic energies. In ancient Greece, daimons were considered soul messengers that connect the world of spirit with the world of matter.

A daimon can feel like an invisible being or presence has come into our lives; at times it appears as a helpful spirit, at other times, a malevolent demon. In the aftermath of betrayal, depending on our temperament, we may sense a daimonic presence as an obsession, possession, or difficult emotion; or as an inspiration, insight, welling of love, or as creative power. Daimons may materialize in the psyche as a predator, demon lover, or tormenter; or conversely, as a muse, guardian angel, inner guide, or teacher.

These little recognized, and mostly feared or idolized, forces are transformative agents that pour into the traumatized psyche and have the potential to radically change us if we are willing to develop a relationship, and not be overwhelmed by or identify with them. These archetypal energies saturate the in response to the shock their abnormal, high-octane quality.

The supercharged fuel they carry can swamp and frighten us but can also be used for plumbing the deep seas and reaching for the stars within. In the dark night passage, these intense energies initiate the dissolution of the sense of “me” that makes it feel like you are dying. They also, surprisingly, provide a sense of being held and cared for as you go through the dismembering dark.

Being cracked open by the trauma of betrayal not only reveals the depth of our suffering, it also allows  these spiritual realities to penetrate the heart that otherwise have difficulty reaching us. At the moment of the shock when the soul takes off for other worlds, many people report some version of an out-of-body experience, including a slowing down or stopping of time.

In my case, my partner Rob’s 180 degree turnabout and exit from my life so close to our wedding catapulted me into an altered state in which I felt as if I were living in a dreamscape, or watching myself in a movie going through my days. In my traumatized state, I could not read much—words had become nothing but meaningless squiggles on a page—but music consoled me. Music spoke to my sadness and pain with wordless messages of guidance and care. It soothed my body and helped me get out of my mind that had been hijacked by the departure scene.

Sometime during the first weeks, I happened one afternoon to listen to Bach’s “Art of the Fugue.” I found it so sustaining that I listened to it for an hour nearly every day during the first year.  The calming counterpoint transported me into states of rapture in which I felt as though the voices of angels were speaking directly to my hurting heart through the notes. This was just one example of the other-worldly support I felt in the early months after  the shock.

The Divine Center of the Heart Wound

While we can describe the demonic fear, rage and pain of the trauma with relative ease, the “hands of light” that reach in to carry us are difficult to portray. These experiences are more the province of artists, musicians, and poets. I can only say that the touch of what I sensed as helping hands soothed and encouraged me. During this graced time, one reason I spent hours each day “just sitting” attentively with all that was happening was that I could more readily feel these invisible presences supporting me through the chaos.

Another marvel I noticed about being broken open I hardly understood at the time. When I most felt my raw, torn-up heart, I was intensely aware of my connection with Rob. Paradoxically, in the midst of those painful sensations, I felt him as a warming light that was more authentic to me than anything he had done or said that had hurt me so badly. The place in my heart where I had fallen in love with him reemerged with a conviction that melted and relieved my brokenness. Through the heart wound, I do not know how, I entered the divine center that  had sourced that relationship. At times, I expanded through this love  to touch a holy light shining at the heart of the world.

People say that we tend to idealize a lost lover, but what I experienced was not about idealizing Rob. If anything, when he left—abruptly, blaming me, cold and condescending—his character weaknesses stood out in higher relief than I could have imagined. He was not the man he had professed to be; that was clear. This was about the truth of my own heart, and the truth of my love for the light of his soul, despite the underhandedness and other failings of his personality. That love, which was there all along, but normally tucked away in a secret corner of my unconscious, now lay exposed as an integral part of my cracked-open, exposed heart, and could not be denied.

Betrayal not only batters and wounds the heart, it also reveals forces of love and light hidden in the pain that have secretly informed our life all along. Previously, we have been too busy hiding from our suffering with surface distractions. The hands of light that reach in to soothe the aching heart, especially in the early weeks or months following a shock, come as a prelude, a reassurance that we are not alone going through this ordeal. These quiet forces keep us pointed toward the love, the prayer, and the promise in the pain that seems as if it will never end. They will show us through the darkness how to rebuild our trust and faith in life.

The Threshold Between Worlds

The suffering of betrayed love calls us deep within toward an unknown mystery. The pain and powerlessness at our core resides at an underworld threshold between spiritual reality and the world of form. As long as we resist and repress the terrible feelings of meaninglessness, grief and loss, we shut tight the door to Spirit. The hurt—if we allow it—can open a passageway to the softened, sad heart that melts the antique lies we have been living and brings more love and communion with life than we could previously bear.

Writing this reminded me of the story of the Buddha sitting under the Bo Tree, where he committed not to move until he awakened fully. In response to his pledge, the forces of Maya or illusion attacked him mercilessly with arrows of craving, hatred, and delusion. Using the strength of his mindfulness, the Buddha turned the arrows into flowers as they struck him. Even as the trials of betrayal torment us into engaging our demons, we may notice little sprouts of hidden life budding—some ancient yearning for the angels of our better nature, our lost soul, breaking through.

I would not wish the torments of betrayal on anyone. You have heard me rail against it. However, if you have been betrayed and are compelled to take the plunge into the icy waters of your fate, you are likely ready. It is time to engage the paradoxes of powerlessness and pain. When  you are taken down into those turbulent depths where we feel abandoned by all for a time, against all evidence, you are in good hands.

With determination, kindness, and grace, you eventually  will rise from your knees and, with new eyes, see a holiness at work beneath the rubble of your former life. The mysteries of betrayal invite us to enter a realm most of us could not have imagined before the fracturing of the world we knew. Onward.