Quotes on Heartbreak, Abandonment and Betrayal 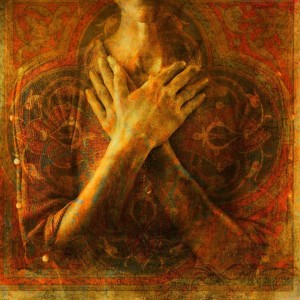 Every happiness is the child of a separation it did not think it could survive.—Rainer Maria Rilke

Now I know I’ve got a heart, because it’s breaking.―The Tin Man “The Wizard of Oz”

You don’t die from a broken heart. . . you only wish you did.―Unknown

Taming the mind of heartbreak is like taming a wild animal. ―Susan Piver

Betrayal is the only truth that sticks.―Arthur Miller

I don’t know why they call it heartbreak. It feels like every other part of my body is broken too.―Unknown

So this was betrayal. It was like being left alone in the desert at dusk without water or warmth. It left your mouth dry and will broken. It sapped your tears and made you hollow.―Anna Godbersen, “Rumors”

To betray you must first belong.—Harold Philby

Talk to anyone who has been betrayed—it is as if something physical has shattered within them: a visceral bewilderment. The disbelief over the fraying of this trust is so searing that it ruptures the scaffolding of faith on which we all stand. Underneath it all lurks the question of motive. What possessed them to rip a long, close relationship apart? How could they?—Tracey O’Shaughnessy, columnist

He, who had done more than any human being to draw her out of the caves of her secret, folded life, now threw her down into deeper recesses of fear and doubt. The fall was greater than she had ever known, because she had ventured so far into emotion with him and had abandoned herself to it.―Anaïs Nin

There were many ways of breaking a heart. But what really broke the heart was taking away its dream-whatever that dream might be.―Pearl Buck

My heart is the throne of the Beloved,
the Beloved the heart’s destiny:
Whoever breaks another’s heart will find no homecoming
in this world or any other.—Yunys Enre(1238-1320)

One should not underestimate the courage it takes to heal from a human betrayal. Betrayal invariably affects the psyche to its deepest roots. When it is made conscious, it is experienced as a threat to one’s own being, and the path toward healing is paved with pain.―Diane Courineau Brutsche, Jungian Analyst

False words are not only evil in themselves, but they infect the soul with evil.——Plato

One is easily fooled by that which one loves.―Moliere

The cruelest lies are often told in silence.―Robert Louis Stevenson

Why shouldn’t I hate her? She did the worst thing to me that anyone can do to anyone else. Let them believe that they’re loved and wanted and then show them that it’s all a sham.―Agatha Christie

There’s a sort of rage a man feels when he’s been deceived where he most trusted. It compares to no other anger. —Orson Scott Card

One should rather die than be betrayed. There is no deceit in death. It delivers precisely what it has promised. Betrayal, though … betrayal is the willful slaughter of hope.―Steven Deitz, playwright

It was one thing to be attacked by someone you hated, but this was something else. This was the kind of hurt that could only be inflicted by someone you loved, who you thought loved you. It was sort of like being stabbed from the inside out. —Ethan Wate, “Beautiful Darkness”

Heartbreak has an archetypal core, all heartbroken individuals suffer from the same kind of torture. —Ginette Paris,”Heartbreak”

The psychic pain of mourning and heartbreak is truly unbearable, with all the neurobiological evidence of a stress similar to being submitted to torture… Physiologically, chemically, psychically, you are under attack. Biochemically, heartbreak is an assault. ―Ginette Paris,

Shattered legs may heal in time, but some betrayals fester and poison the soul.—George R.R. Martin

Betrayals haunt us (often haunting the betrayer as much as the betrayed) because they show us, in one painful flash, that this magnificent thing called civilization, the moral and collective bedrock on which we build our lives, is entirely flimsy, and that we are, at any moment, just inches from our fanged past. —Jennifer Vanderbes, blogger

Sometimes, when one person is missing, the whole world seems depopulated.―Lamartine

The worst pain in the world goes beyond the physical. Even further beyond any other emotional pain one can feel. It is the betrayal of a friend.―Heather Brewer, “Ninth Grade Slays”

Spiteful words can hurt your feelings but silence breaks your heart. —Anonymous

Your betrayer will teach you about love by showing you that you never knew it, that you cannot tell a sinister enchantment from a divine light.—Alison Nappi, blogger

Death is not the worst that can happen to men. —Plato

The healthy man does not torture others. Generally, it is the tortured who turn into torturers.—Carl Jung

No one who has ever known what it is to lose faith in a fellow-man whom he has profoundly loved and reverenced, will lightly say that the shock can leave the faith in the Invisible Goodness unshaken. With the sinking of high human trust, the dignity of life sinks too; we cease to believe in our own better self, since that also is part of the common nature which is degraded in our thought; and all the finer impulses of the soul are dulled. ―George Eliot, “Romola”

Individual psychological birth is impossible without the experience of betrayal. —Aldo Carotenuto, analyst

There is no betrayal more wounding than the betrayal of love. It touches us in our most vulnerable spot, that of the helpless child who is totally dependent on another. This child always emerges in any relationship where the possibility of trusting in another person exists.―Jacqueline Wright

To me, the thing that is worse than death is betrayal. You see, I could conceive death, but I could not conceive betrayal.―Malcolm X

The biggest coward is a man who awakens a woman’s love with no intention of loving her.—Bob Marley

They talk of a man betraying his country, his friends, his sweetheart. There must be a moral bond first. All a man can betray is his conscience…—Joseph Conrad

It is foolish to pretend that one is fully recovered from a disappointed passion. Such wounds always leave a scar.―Henry Wadsworth Longfellow

We are never so defenseless against suffering as when we love, never so helplessly unhappy as when we have lost our loved object or its love. Sigmund Freud

Stab the body and it heals, but injure the heart and the wound lasts a lifetime.
―Mineko Iwasaki,”Geisha of Gion”

Yet each man kills the thing he loves 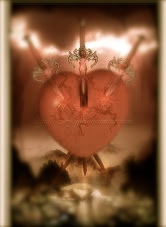 By each let this be heard
Some do it with a bitter look
Some with a flattering word
The coward does it with a kiss
The brave man with a sword.
―Oscar Wilde, “The Ballad Of Reading Gaol”

When you give someone your whole heart and he doesn’t want it, you cannot take it back. It’s gone forever.—Sylvia Plath

Rage is a protest against pain. —Susan Anderson

Someone I loved once gave me a box full of darkness. It took me years
to understand that this too, was a gift. —Mary Oliver

Don’t let us forget that the causes of human actions are usually immeasurably more complex and varied than our subsequent explanations of them. —Fyodor Dostoyevsky, “The Idiot”

What are the lessons betrayal is supposed to teach us? To get up and carry on with dignity and strength? Well, yes. That we need to accept that this happens and shouldn’t focus only on the negative feelings…Perhaps. There are no easy answers, are there? There are just stories; many stories. —Claire Martens

The highest, most decisive experience is to be alone with one’s own self. You must be alone to find out what supports you, when you find that you can not support yourself. Only this experience can give you an indestructible foundation. —C.G. Jung