Betrayal: “The Most Underrated Trauma” 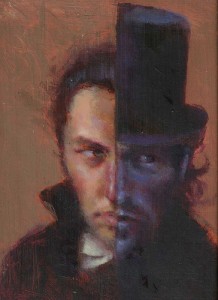 Heartbreak has an archetypal core, all heartbroken individuals suffer from the same kind of torture.—Ginette Paris

When you learn your supposed loving partner or spouse, to whom you have devoted your life, is not at all loving or devoted to you, it is a shock. For some of us the pain sets off a spiritual and existential crisis.

Having your trust shattered by the person you counted on most to be there for you calls into question your very understanding of human nature, of good and evil. If you have been through the soul wreckage of betrayal, you know how difficult it is for anyone who has not to believe what it can do to a person.

Waking to the deception you have been living releases a kind of “time-release poison” into your system that infects all your memories. Without your conscious intention, the brain must slowly, painfully, revise each memory associated with the relationship to fit the actual facts.  The entire context of your past needs rewiring. Even years later, a new memory may be triggered and take you down.

“The Most Difficult of all Woundings”

If you are like me, you will feel vaguely ill, bewildered, as well as enraged and despairing while this adjustment goes on. Each memory that surfaces explodes like a little time bomb that sends shock waves through your body and wrenches you heart. You go for a massage, and sweet love-making that left you so full of warmth and affection comes flooding into memory; but now the memory is saturated with the realization that at the time she was planning her exit or he was covering up his affair.

The temptation is huge to avoid these torments. Various addictions and distractions will lure you to avoid the somatic distress of dying to your imagined past. As the difficult truth sinks in over and over again, it is important not to make the mistake of glossing over the damage by telling yourself it is no big deal. Your crisis of faith in the goodness of life is real.

There is a reason the betrayal of an intimate attachment has been called “the most difficult of all woundings,” “the most deviant form of attack,” (1) “a wound beyond words,” (2) “an irreparable devaluation,” (3) the most underrated traumatic experience,” (4) as well as “the greatest evil.”(5)  Something in you IS slowly dying. You need to sit with and study it and let it sink in.

I found it difficult to be gentle and patient with myself as I was going through this ordeal that took years. I kept thinking it shouldn’t take so long! I was fortunate to have a lot of help to ride out the shock waves and to learn to patiently take care of myself, like I would a sick child.

If you or someone close to you is going through the aftermath of a traumatic betrayal, I encourage you to educate yourself about PTSD symptoms and to seek out a skilled trauma practitioner to help. Meanwhile, though you likely will not believe me right now, you are in the midst of an unprecedented opening, an initiation into darkness, yes, but also into the mysteries of suffering and compassion, the wonder of your own heart. Hang on.